Pleurotus eryngii Physiological Characteristics and Cultivation Conditions
Part 1 Physiological Characteristics
Pleurotus eryngii is a kind of wood rotting fungus, it has strong decomposition capacity of lignin and cellulose. The most suitable carbon source for pleurotus mycelium growth is glucose, sucrose, etc., the suitable nitrogen source for the growth was peptone, yeast powder. During the cultivation, wood chips, corn flour, bagasse, bean straw and crop stalks can be used as carbon source, among which the cotton seed hulls and corn cob are the best. Bran, corn meal and rice bran are used as the high-quality nitrogen source. 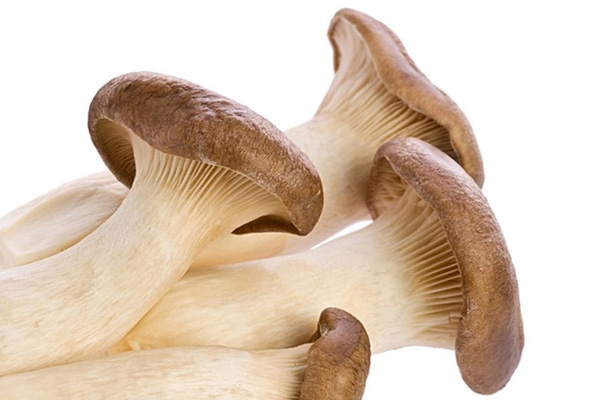 Part 2 Cultivation Conditions
2.1 Temperature
Pleurotus eryngii mycelium growth temperature range from 15 degrees to 35 degrees, optimum growth temperature is from 25 degrees to 30 degrees. During 6 degrees to 16 degrees and 32 degrees, the mycelium can also grow, but the growth rate slowed down significantly. Below 10 degrees and above 35 degrees mycelial growth stops. fruiting body primordium growth temperature ranges from 10 degrees to 22 degrees. 5 to 17 degrees are the optimal temperature for fruit body, for more than 20 degrees, it appears fast growth, slender, the poor quality and soft mushroom body organization, for below 10 degree,slow growth, and fruiting body color deepened, in a gray black.
2.2 Moisture and Humidity
The growth medium moisture content of pleurotus eryngii mycelium ranges from 45% to 80%, the optimum moisture content is 60% -70%; when moisture content is less than 55%, it will not fruiting; when moisture content is more than 80%, mycelial growth slows down and was out of order. Fruiting period: during primordium formation, the appropriate air relative humidity is 90% -95%; Fruiting period, the appropriate relative humidity is 80% -90%; before the harvest, the air relative humidity should be controlled in 75%-80%, thus can reduce the moisture in the fruiting body, help the preservation and extended the shelf life.
2.3 Air
Pleurotus eryngii mycelium growth and fruiting body growth are resistant tocarbon dioxide. During the mycelial growth phase, carbon dioxide concentration inside the late cultivation bag increased, can help mycelium grow faster. During the primordium formation of fruiting body, you need a low carbon dioxide concentration and sufficient oxygen. During fruiting body growth phase, it is resistant to carbon dioxide,but it will be better with fresh air and low carbon dioxide concentration, in order to avoid high temperature and humidity leading to bacteria infection.
2.4 Light Ray
During the Pleurotus eryngii mycelium growth, when the light intensity is less than 700 lux, the influence to mycelium growth is not obvious; When the light intensity i s more than 1000 lux, it can lower the mycelium growth speed, just keep mushroom house bright.
2.5 PH (PH value)
The optimum growth PH value of Pleurotus eryngii mycelium is 5-6. During the growth, PH value should be adjusted to 7-8, the reason is that, during the growing process of mycelium, will metabolize the organic acids substances, reducing the PH value of the culture medium.